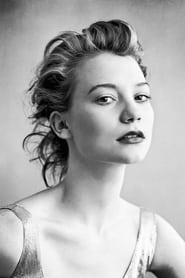 Mia Wasikowska (born 25 October 1989) is an Australian actress. After starting her career in Australian television and film, she first became known to a wider audience following her critically acclaimed work on the HBO television series In Treatment. She gained worldwide prominence in 2010 after starring as Alice in Tim Burton's feature film Alice in Wonderland and appearing in The Kids Are... Read more