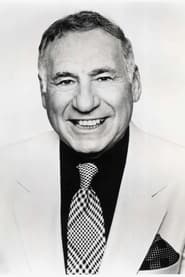 Melvin Brooks (né Kaminsky, born June 28, 1926) is an American filmmaker, comedian, actor and composer. He is known as a creator of broad film farces and comic parodies. Brooks began his career as a comic and a writer for the early TV variety show Your Show of Shows. He became well known as part of the comedy duo with Carl Reiner in the comedy skit The 2000 Year Old Man. He also created,... Read more