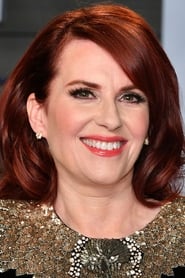 Megan Mullally (born November 12, 1958) is an American actress and singer. After working in the theatre in Chicago, Mullally moved to Los Angeles in 1985 and began to appear in supporting roles in film and television productions. She made her Broadway debut in Grease in 1994 and she has since appeared in several Broadway musicals. From 1998 until 2006, she played Karen Walker on the TV sitcom... Read more