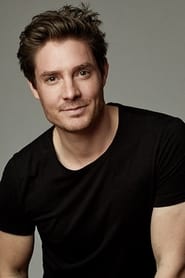 A native of Ilkley, Yorkshire, England, however he spent his childhood mostly in Shrewbury, Shropshire, England, Max Brown's love of acting was ignited at an early age. His beginnings in the realm of acting trace to his stage performances at the Shrewsbury Music Hall. At the age of 20, the youthful face of Max Brown first appeared on television on the series Grange Hill in 2001. Since that... Read more