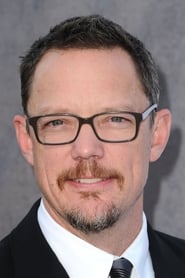 Matthew Lyn Lillard (born January 24, 1970, height 6' 4" (1,93 m)) is an American actor and producer. He is best known for his roles as Stu Macher in Scream, Stevo in SLC Punk (awarded Best Actor at the Mar del Plata Film Festival), and Shaggy Rogers in the Scooby-Doo film series, animated movies, and one episode from Batman: The Brave and the Bold.