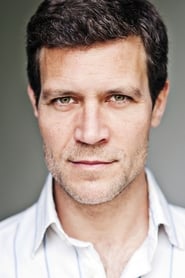 Matt Rippy, is an American actor, born in Houston, Texas. He is most known for his role as the 'real' Captain Jack Harkness in Torchwood in 2006. He also appears in the films Day of the Dead and Boogeyman 3. In 1994, Rippy moved to England and was a member of the theatre group the Reduced Shakespeare Company. In a recent television appearance, Rippy portrayed the namesake of Jack Harkness of... Read more