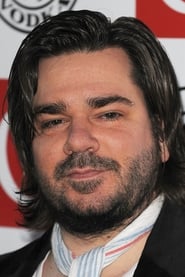 Matthew Charles Berry (born 2 May 1974) is an English actor, comedian, writer, and musician. He has appeared in comedy series such as The IT Crowd, Garth Marenghi's Darkplace, The Mighty Boosh, Snuff Box, The Wrong Door, and House of Fools. He currently plays the lead role of Steven Toast in the Channel 4 sitcom Toast of London, for which he won the 2015 BAFTA Award for Best Male Performance... Read more