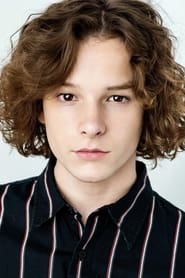 At just 15 years old, Mason Thames is already establishing himself as a sought-after young talent. He can currently be seen in the Universal feature, THE BLACK PHONE, starring alongside four-time Oscar nominee Ethan Hawke as Finney Blake, a shy but clever 13-year-old boy who’s being held in a soundproof basement by a sadistic, masked killer (played by Hawke). When a disconnected phone on the... Read more