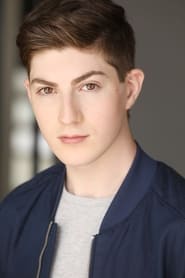 Mason Cook Birth Name Mason Cook Elston (Born July 25, 2000 (age 13) in Oklahoma City, Oklahoma, United States) is an American child actor. He is known for his portrayal of Cecil Wilson in Spy Kids: All the Time in the World, for which he was nominated for the Young Artist Award for Best Performance in a Feature Film - Supporting Young Actor in 2011. Filmography The Middle 2009, Spy Kids: All... Read more