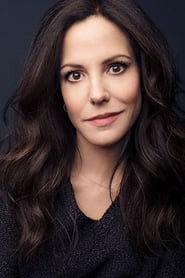 Mary-Louise Parker (born August 2, 1964) is an American actress and writer. She has won two Golden Globe Awards, a Primetime Emmy Award and a Tony Award. She is best known for television roles as Nancy Botwin on Showtime's comedy-drama series Weeds (2005–12) and Harper Pitt on the HBO mini-series Angels in America (2003), as well as for film roles in Fried Green Tomatoes (1991), Boys on the... Read more