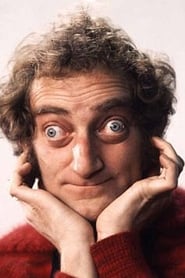 Martin Alan Feldman (8 July 1934 – 2 December 1982) was a British actor, comedian and comedy writer, known for his prominent eyes; he suffered from thyroid disease and developed Graves' ophthalmopathy, causing his eyes to protrude and become misaligned. He recognized his appearance as a factor in his career success.