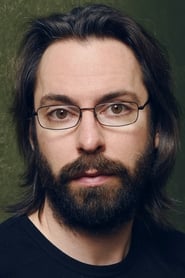 Martin Starr (born Martin James Pflieger Schienle; July 30, 1982) is an American television and film actor, known for his roles as Bill Haverchuck on the short-lived NBC comedy-drama Freaks and Geeks and as Roman DeBeers on the Starz comedy series Party Down, as well as for his roles in the films Knocked Up, Cheats, and Adventureland.