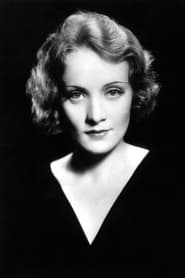 Marlene Dietrich was a German actress and singer.

Dietrich remained popular throughout her long career by continually re-inventing herself. In 1920s Berlin, she acted on the stage and in silent films. Her performance as Lola-Lola in The Blue Angel, directed by Josef von Sternberg, brought her international fame and a contract with Paramount Pictures in the US. Hollywood films such as Shanghai... Read more