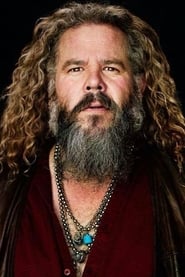 Mark Boone Junior (born March 17, 1955) is an American actor perhaps best known for his roles as Bobby Munson in FX's Sons of Anarchy and in two films by Christopher Nolan, Memento and Batman Begins. He frequently portrays a crooked cop or other authority figure, and has had a prolific career, appearing in over 70 movies, which also include 2 Fast 2 Furious, Get Carter, The General's Daughter,... Read more