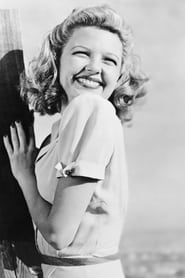 Marjorie Reynolds (née Goodspeed; August 12, 1917 – February 1, 1997) was an American film/television actress and dancer, who appeared in more than fifty films.

Perhaps Reynolds' best-known film was Holiday Inn (1942), which introduced the classic song "White Christmas". She performed the song both as a duet with Bing Crosby and later in a solo performance, although her singing was dubbed by... Read more