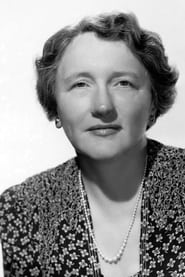 Marjorie Main (born Mary Tomlinson, February 24, 1890 – April 10, 1975) was an American actress, best known as a Metro-Goldwyn-Mayer contract player and for her role as Ma Kettle in a series of ten Ma and Pa Kettle movies.

Main worked in vaudeville on the Orpheum circuit and in Chautauqua presentations, and debuted on Broadway in 1916. Her first film was A House Divided in 1931.