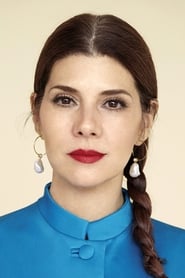 After working on the television series As the World Turns, Tomei came to prominence as a cast member on The Cosby Show spin-off A Different World... Read more