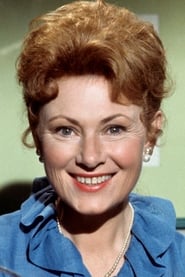 Marion Ross (born October 25, 1928) is an American actress best known for her role as Marion Cunningham on the ABCtelevision series, Happy Days from 1974 to 1984.Born Marian Ross in Watertown in Carver County in southern Minnesota, the daughter of Ellen (née Hamilton) and Gordon Ross,she lived in Waconia and then moved to Willmar and eventually to Albert Lea, Minnesota.At the age of 13, she... Read more