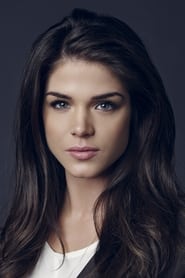 Marie Avgeropoulos (/ævdʒɛrɔːˈpuːlɔːs/; born June 17, 1986) is a Canadian actress and model with Greek ancestry. Her break-out role was as Valli Wooley in the 2009 film I Love You, Beth Cooper directed by Chris Columbus. Since then, she has appeared in more film and TV roles: as Kirstie in Cult, as Kim Rhodes in Hunt to Kill, and the sci-fi series The 100 as Octavia Blake.