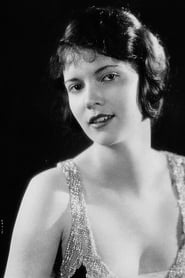 She was the daughter of a producer who owned a chain of theaters, but he died when she was ten years old. She was educated in New York City at the... Read more