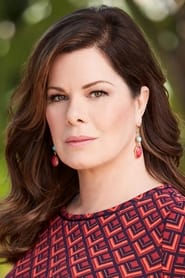 Marcia Gay Harden (born August 14, 1959) is an American film and theatre actress. Harden's breakthrough role was in The First Wives Club (1996) which was followed by several roles which gained her wider fame including the hit comedy Flubber (1997) and Meet Joe Black (1998). She received an Academy Award for Best Supporting Actress for her role as Lee Krasner in Pollock (2000). She has starred... Read more