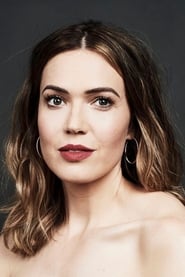 Amanda Leigh "Mandy" Moore (born April 10, 1984) is an American singer, songwriter, actress, voice actress, and fashion designer. Moore became famous as a teenager in the late 1990s, after the release of her teen pop albums So Real, I Wanna Be with You, and Mandy Moore. In 2007, she took an adult pop-folk direction with the release of Wild Hope. Her most recent album, Amanda Leigh, was... Read more