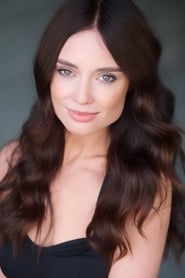 Mallory Jansen (born 18 June 1989) is an Australian actress. She co-starred as Madalena in the American Broadcasting Company series Galavant. Prior to this, she had recurring roles in the ABC Family sitcoms Baby Daddy and Young & Hungry. In 2014, she played Helena Christensen in the two-part miniseries INXS: Never Tear Us Apart. Following the cancellation of Galavant, she joined the cast of Marvel's Agents of S.H.I.E.L.D. as the AI AIDA.