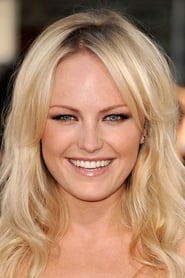 Malin Maria Akerman (born 12 May 1978) is a Swedish-American raised in Canada, actress, producer and model. In the early 2000s, she had several small television and film parts in both Canadian and American productions, including The Utopian Society (2003) and Harold & Kumar Go to White Castle (2004). Following a supporting role on the HBO mockumentary sitcom The Comeback (2005), she gained her... Read more