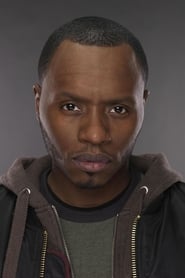 Malcolm Goodwin is an American actor. He has appeared in American Gangster, Breakout Kings, Detroit 1-8-7, Leatherheads,The Longshots and Crazy on the Outside. Malcolm Goodwin is an actor who had been featured in the magazines Interview, LA Confidential, King, Vibe, and Venice. He has starred in numerous feature films including American Gangster, The Lazarus Project, Brief Interview with... Read more