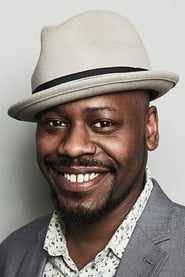 Malcolm Barrett (born 1980) is an American actor known for playing the role of scientist and time traveler Rufus Carlin in Timeless on NBC.

He was born and raised in Brooklyn, NY and attended Stuyvesant High School in Manhattan. He has appeared as a series regular on Fox's The Sketch Show and Luis.