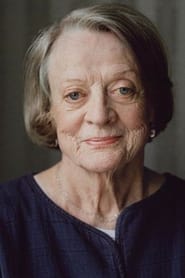 Dame Margaret Natalie Smith CH DBE (born 28 December 1934) is an English actress. She has had an extensive career on stage, film, and television which began in the mid-1950s. Smith has appeared in more than 60 films and over 70 plays, and is one of Britain's most recognisable actresses. She was made a Dame by Queen Elizabeth II in 1990 for contributions to the performing arts, and a Companion... Read more