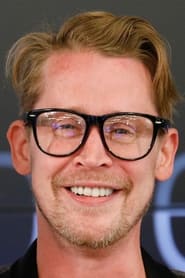 Macaulay Carson Culkin (born August 26, 1980) is an American actor, musician, and web host. He is known for playing Kevin McCallister in the Christmas films Home Alone (1990), which he was nominated for a Golden Globe Award for Best Actor – Motion Picture Musical or Comedy for, and Home Alone 2: Lost in New York (1992).

Along with the Home Alone series, Culkin also starred in the films My... Read more