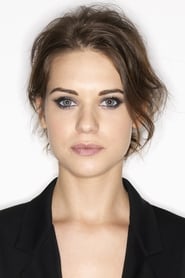 Lyndsy Marie Fonseca is an American actress, best known for her roles as Colleen Carlton on the CBS soap opera The Young and the Restless, and Alexandra "Alex" Udinov on The CW show Nikita. She was discovered by a talent manager in San Francisco. She then relocated to Los Angeles for her first pilot season at age 13, in the middle of the school year. The following year, she landed her... Read more