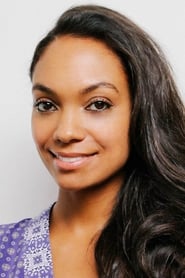 Lyndie Greenwood (born June 6, 1983 height 5' 5¾" (1,67 m)) is a Canadian film, theatre and television actress. She is best known for the role of Sonya on The CW's Nikita and was recently cast in the recurring role of Jenny Mills on FOX's Sleepy Hollow.Greenwood was born and raised in Toronto. She studied dance in school and is also well-versed in martial arts.She attended several voice and... Read more