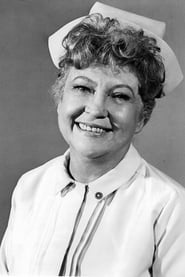 Lurene Tuttle (August 29, 1907, Pleasant Lake, Indiana - May 28, 1986, Encino, California) was a character actress, who made transitions from vaudeville to radio, to films and television. Her most enduring impact was as one of network radio's most versatile actresses. Often appearing in 15 shows a week, comedies, dramas, thrillers, soap operas, and crime dramas, and she became known... Read more