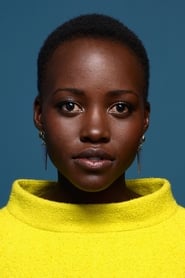 Lupita Amondi Nyong'o (born 1 March 1983) is a Kenyan-Mexican actress and author. She began her career in Hollywood as a production assistant. In 2008, she made her acting debut with the short film East River and subsequently returned to Kenya to star in the television series Shuga (2009–2012). In 2009, she wrote, produced and directed the documentary In My Genes. She then pursued a master's... Read more