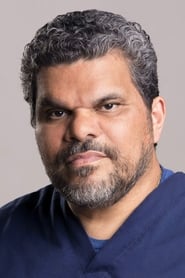 Luis Guzmán (born August 28, 1956) is an actor from Puerto Rico. He is known for his character work. For much of his career, his squat build, wolfish features, and brooding countenance have garnered him roles largely as sidekicks, thugs, or policemen, but his later career has seen him move into more mainstream roles. He is a favorite of director Steven Soderbergh, who cast him in Out... Read more