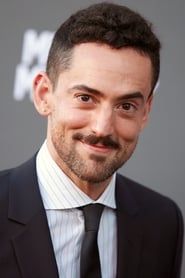 Luis Gerardo Méndez (born March 12, 1982) is a Mexican actor and producer. Having previously mostly appeared in smaller films and on television, Méndez shot to fame through his starring role in 2013 comedy film The Noble Family, Mexico's highest-grossing film ever. The following year, he played the lead role in Cantinflas, and as of 2015 he is co-producing (with friend Gary Alazraki) and... Read more