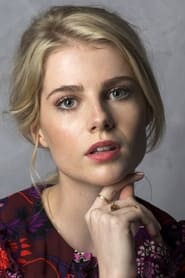 Lucy Boynton (born 17 January 1994) is a British-American actress. Her first professional role was as the young Beatrix Potter in Miss Potter (2006), for which she was nominated for the Young Artist Award for Best Performance in a Feature Film – Supporting Young Actress. She went on to play Posy Fossil in 2007 in the BBC film Ballet Shoes. She also played the role of Margaret Dashwood in the... Read more