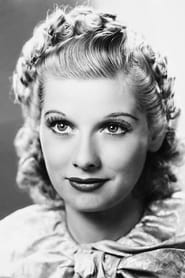 Lucille Désirée Ball  (August 6, 1911 – April 26, 1989) was an American comedian, film, television, stage and radio actress, model, film and television executive, and star of the sitcoms I Love Lucy, The Lucy–Desi Comedy Hour, The Lucy Show, Here's Lucy and Life With Lucy. One of the most popular and influential stars in America during her lifetime, with one of Hollywood's longest... Read more