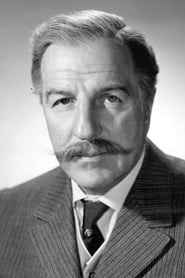 Carl Henry Vogt (February 19, 1895 – May 12, 1956), known professionally as Louis Calhern, was an American stage and screen actor. For portraying Oliver Wendell Holmes in the film The Magnificent Yankee (1950), he was nominated for an Academy Award for Best Actor. Calhern began working in silent films for director Lois Weber in the early 1920s; the most notable being The Blot in 1921. A... Read more