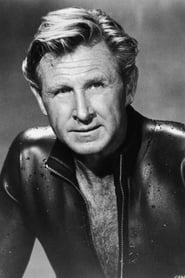 Lloyd Bridges (1913–1998) was an American actor who starred in a number of television series and appeared in more than 150 feature films. Bridges is best known for his role on Sea Hunt. He is the father of actors Beau Bridges and Jeff Bridges.