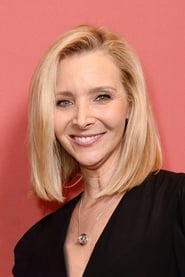 Lisa Valerie Kudrow-Stern is an American actress, best known for her role as Phoebe Buffay in the television sitcom Friends, for which she received many accolades including an Emmy Award and two Screen Actors Guild Awards.

While starring in Friends, Kudrow also appeared in 1999's comedy film Analyze This, directed by Harold Ramis, as well as its 2002 sequel Analyze That. Kudrow has also... Read more