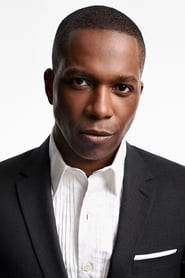 Leslie Odom Jr. (born August 6, 1981) is an American actor and singer. He has performed on Broadway and in television and film, and has released two solo jazz albums. He is known for originating the role of Aaron Burr in the Broadway musical Hamilton, a performance for which he won the 2016 Tony Award for Best Actor in a Musical and the Grammy Award for Best Musical Theater Album as a... Read more