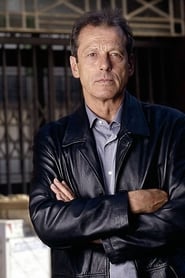 British actor Leslie Grantham shot to fame in 1985 as Den Watts, the original landlord of the Queen Vic, in the BBC soap opera EastEnders. The character quickly became a national favourite and gained the nickname Dirty Den mostly because of the way he treated his wife Angie, played by Anita Dobson, and the several affairs and nefarious activities he conducted. At Grantham's request the... Read more