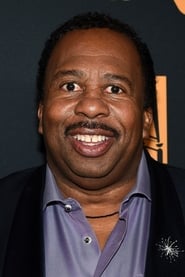 Leslie David Baker (born February 19, 1958) is an American film and television actor. He is known for his portrayal of Stanley Hudson in The Office. He also had several small roles in Scrubs and appeared on That '70s Show as a janitor after a Ted Nugent concert and played an office worker in several of OfficeMax's "Rubberband Man" series of advertisements. He holds a B.S. in... Read more