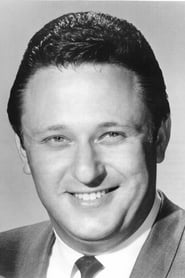 Lennie Weinrib (April 29, 1935 – June 28, 2006) was an American actor, comedian and writer. He is best known for playing the title role in the children's television show H.R. Pufnstuf, Grimace in McDonaldland commercials, the title role in Inch High, Private Eye, the original voice of Scrappy-Doo on Scooby-Doo and Scrappy-Doo, Hunk and Prince Lotor on Voltron, and Bigmouth on The Smurfs. He... Read more