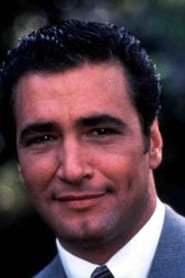 Lee Arthur Horsley is an American film, television, and theater actor known for starring roles in the television series Nero Wolfe, Matt Houston, and Paradise. He starred in the 1982 film The Sword and the Sorcerer and recorded the audiobook edition of Lonesome Dove.

Horsley began his acting career touring in stage productions of West Side Story, Damn Yankees, and Oklahoma!. In 1981, he... Read more