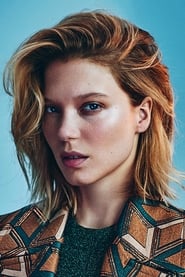 Léa Seydoux (born 1 July 1985) is a French actress and model. Along with award-winning performances in French cinema and television, she has appeared in major films including Inglorious Basterds, Robin Hood, Midnight in Paris, and Mission: Impossible – Ghost Protocol. In 2013 she shared the Palme d'Or prize at the Cannes Film Festival for the film Blue is the Warmest Color. It was announced... Read more