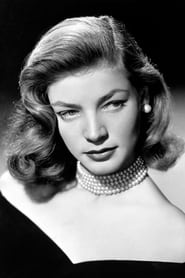 Lauren Bacall (born Betty Joan Perske; September 16, 1924 – August 12, 2014) was an American actress known for her distinctive husky voice and sultry looks. She began her career as a model. She first appeared as a leading lady in the Humphrey Bogart film To Have and Have Not (1944) and continued on in the film noir genre, with appearances in Bogart movies The Big Sleep (1946), Dark Passage... Read more