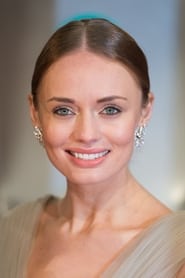 Laura Haddock is an actress.

Born in Enfield, London and raised in Harpenden, Hertfordshire (where she attended St. George's School), Haddock left school at the age of 17 and moved to London to study drama. She trained at Arts Educational School in Chiswick. Haddock made her television debut in the television pilot Plus One, part of the Comedy Showcase 2008. Her other... Read more