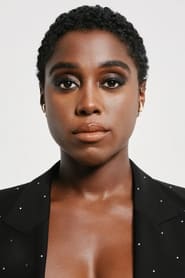 Lashana Rasheda Lynch (born 27 November 1987) is a British actress. She is best known for playing the role of Rosaline Capulet in the ABC period drama series Still Star-Crossed (2017) and fighter pilot Maria Rambeau in Captain Marvel (2019).

Lynch made her film debut in the 2012 drama film Fast Girls. She later co-starred in the BBC television film The 7.39. On television, she has appeared in... Read more