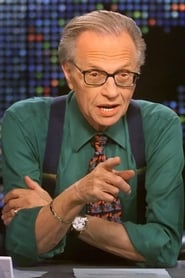 King began as a local Florida journalist and radio interviewer in the 1950s and 1960s, and gained prominence beginning in 1978 as host of The... Read more