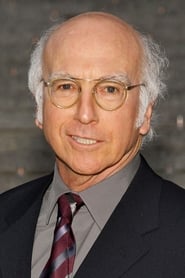 Producer, writer, actor. Born July 2, 1947 in Brooklyn, New York. David attended the University of Maryland and started doing stand-up comedy in New York night clubs in 1974. In 1979, he was hired to write and perform for the comedy variety show Fridays, which was modelled after Saturday Night Live. He stayed with the show until 1982 when he was hired as a writer for Saturday Night Live, where... Read more